The Healing Benefits of Salt Therapy 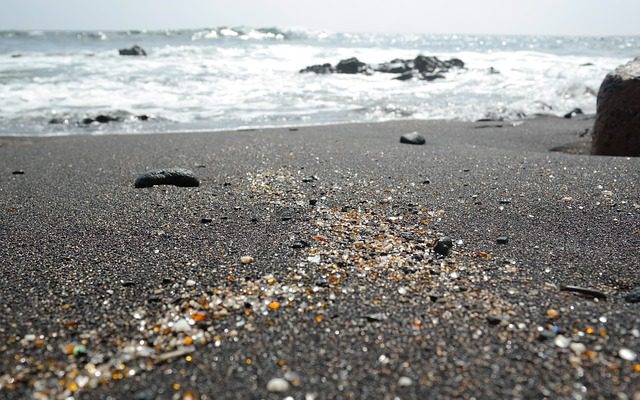 If You Can’t Get to the Ocean…

Bring the Ocean to You! With the Healing Benefits of Salt Therapy

A few years back I took a trip to Florida and spent time relaxing on the beach and playing in the ocean waves. I’d been to Florida plenty of times before, having had grandparents who lived there.

The thing that was particularly different about this trip was that I’d been diagnosed with Crohn’s disease a few years prior and it was starting to come out of remission. Though I’d been able to put it into remission for about two years, it was starting to flare up again and was causing pain, inflammation, and a host of food sensitivities.

Following dinner on the evening that we arrived I was in immense pain, the searing knives-in-my-gut pain that I was pretty used to. I went to bed and hoped I’d still be able to make the most out of the trip.

For the rest of the trip…I felt amazing. It was miraculous to the point that I felt I should move down there permanently! No pain and I could eat almost whatever I wanted.

But I also started to wonder about the benefits of the environment itself – that rich sea air, thick with healing negative ions from the salty ocean.

The term “negative ions” sounds fairly misleading if you’re unfamiliar with the term, because the benefits are actually quite positive!

In a nutshell, negative ions are invisible molecules that we inhale in high quantities in certain natural environments: near waterfalls, following a thunderstorm, and most notably, at the beach – breathing in that salty ocean air since salt crystals naturally create negative ions.

Now obviously, if you’ve read my story you’ll know that I didn’t end up moving to the ocean (although I did contemplate it), and that one singular vacation in the sea air didn’t cure me of my Crohn’s disease. But it did get me interested in learning more about the health benefits of negative ions and salt therapy.

There are fascinating origins as to how breathing in salt came to be viewed as something beneficial to health: back in the 1840s a Polish physician noted that metal and coal miners often experienced severe respiratory problems, while salt miners tended to have better health than the general population!

Then in WWII salt caves were used as bomb shelters; when people emerged after spending all that time breathing in the salty air, they supposedly could breath much easier!

Fast-forward to today where studies have now shown the benefits of salt, or halotherapy, in 4 major health categories:

Helps to reduce overall inflammation in the body, known to be at the root of most diseases

The problem in our world today is that we are exposed to too many positive ions (which are bad – confused yet?), and not enough negative ions. But the good news is that studies are showing that exposure to negative ions (such as salt therapy) can also help to reduce stress, headaches, lethargy, and depression, and help to increase energy, mental alertness, and overall sense of well-being.

Plus, partaking in salt therapy usually involves a lot of time for relaxing…and if the draw of being surrounded by pink Himalayan salt crystals in a manmade cave while breathing in air rich with therapeutic grade salt is the thing that finally gets you to slow down and relax – well that alone is enough of a benefit to your health!

Like I said, if you can’t get to the ocean, let’s bring the ocean to you. I can taste the salty air already!

Looking to experience the health-promoting and stress-reducing benefits of salt therapy?

Have I got the perfect solution for you!

On Saturday, September 22, 2018 attend the Fall Equinox Yin Yoga + Tea in a Salt Cave event at The Whispering Cave in Wayzata. We’ll combine all of this for one amazing afternoon – the benefits will linger long afterwards!

{ 0 comments… add one }
Next Post: Pumpkin Spice & Everything Nice: Fall Has Much to Teach Us
Previous Post: The Sweetness of ‘Late Summer’
Schedule a Free Consult