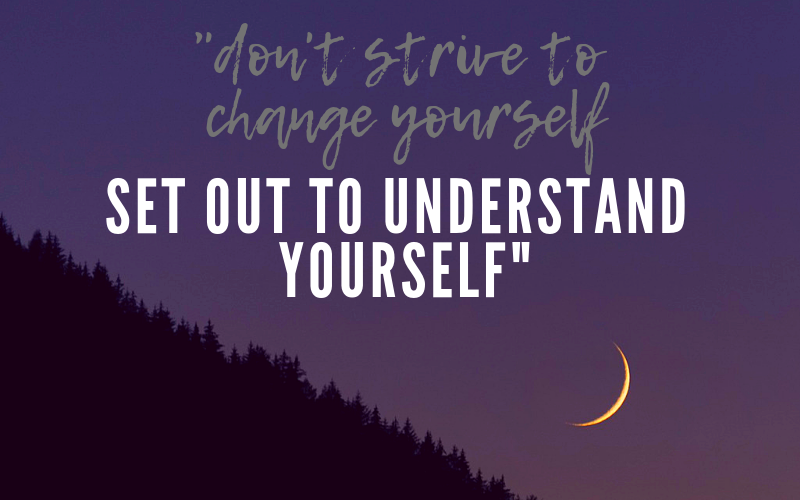 Ditch the Resolutions…and Instead, Make 2019 the Year of Understanding

First of all, Happy New Year! I hope 2019 is treating you well so far.

I’m sure by now you’ve received at least a few emails from various sources reminding you to dutifully make those new years resolutions, yes?

But let’s talk about these resolutions, shall we?

The changes we set out to make each January 1st have a notorious reputation for not sticking – why?

I think it’s because we go about it all wrong.

I think our intentions are good, but our process needs updating!

Your New Resolution: I resolve to focus on GROWTH, not change.

Don’t get me wrong, setting resolutions is well-intentioned. We look out at a whole new, shiny year ahead of us and the possibilities seem endless.

We’re attracted to the idea of becoming that “new you.” I get it – I’m all about that, too! Does my website not ask you over and over if you’re ready to become the best, most fulfilled, most vibrantly healthy version of YOU?

Yes, it does. Haven’t seen it? Check it out here.

So the premise of resolutions makes sense. It’s the process that’s really broken.

When we set a resolution, we’re after this idea of “change.” We see ourselves as “Version A” and we’d like to switch over to the new and improved “Version B.”

The problem is that when we simply switch from Version A to Version B, it’s incredibly easy to switch right on back to Version A.

Picture a teeter-totter. Version A is on one side and Version B is on the other.

We think we’ve set an end-goal, but for some reason we just can’t seem to stay there.

Get off the teeter-totter!!

To do that, we need to completely rework our metaphor of change.

Instead of picturing yourself on a teeter-totter that rocks back and forth between two outcomes, picture yourself climbing a mountain.

Sitting on a teeter totter, you never actually move forward.

But climbing a mountain, you do.

We can still think of the two versions of ourselves – Version A is at the bottom of the mountain, and Version B is at the top.

Sure, there are the occasional avalanches and wrong turns and setbacks, but the end goal is still the same, and every step – even a sideways or a backwards step – is all part of the process of getting us closer and closer to that goal.

The mountain reminds us to be both goal-based and process-focused.

And that process of growth is to be revered.

We don’t scale mountains quickly and sometimes we will fail. Sometimes we start over, make a new strategy, and try again.

But we’re never starting completely over from Version A. As soon as you commit to taking that first step up the mountain, you’ve already moved into a new version somewhere between Version A and Version B.

We will be tested: we have to remember to maintain a hefty dose of reverence and awe for everything that life throws at us.

Because sometimes that’s the point: we have to stay open to new paths and unexpected possibilities that appear before us.

We can’t do it alone: we need some skilled team members providing support along the way.

And we definitely need tools: since this is a metaphor and you’re not actually scaling a mountain and hauling supplies, I say the bigger the toolbox the better, so you’re totally prepared for whatever comes your way.

What the mountain metaphor is asking us to do, is to stop putting the focus on CHANGE, and to start putting our focus on GROWTH.

Real growth isn’t something we quickly curate from the outside in.

Real growth is a long-term process from the inside out.

It might be less loud and flashy than telling everyone on social media that this is the year you’re going to GO TO THE GYM 8 DAYS A WEEK, GET ORGANIZED, QUIT MY BAD HABIT, LOSE FIVE POUNDS AND ALSO GET MORE SLEEP #goodluckwiththat

It’s a little bit less exciting and possibly more socially awkward to post on Facebook that this year I’M FINALLY GOING TO UNDERSTAND MYSELF AND GROW IN A TOTALLY NEEDED AND AS OF YET UNSPECIFIED BUT SOON TO FIND OUT WAY! #butYES

So instead of another year of trying to force some particular change upon our external behaviors, let’s instead try something new.

Let’s commit to examining our insides: who we are at our core; the thoughts, beliefs, values, and emotions that drive what we do (and don’t do).

I believe that when we begin a process of self-study and self-understanding, we find that the behaviors that completely support us and fill up all of our metaphorical buckets will begin to happen naturally.

And it won’t feel forced, and it will be sustainable.

Teeter totters are child’s play – make it a year to commit to climbing mountains instead!

And remember it’s not about whether or not you make it to the top – you’re beautiful and perfect and WHOLE right now, just the way you are. We all just need a little refinement – that’s the whole point of being here.

Keep your eye on the summit, but make the journey grand.

Resolution Recap:
I resolve to focus on GROWTH, not change.

Mountain climbing…what? Ok if you peeked down here before reading the top part, you might want to go back up and read that for some context! 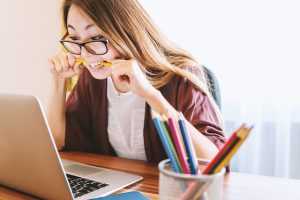 We’re already DOING too much:
We have too much to do, too much to remember;
Too much social media, too many surface relationships;
Too many imbalances, too many diseases, too many pains, tensions and stresses. 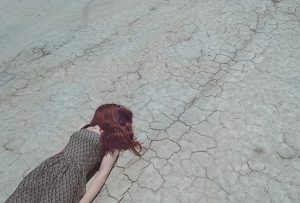 Well, we can start by committing to DOING less and BEING more. 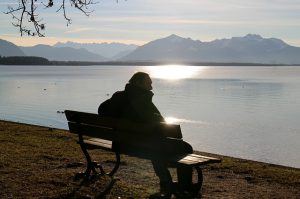 It sounds counter-intuitive, I know. The world demands a lot from us, and in order to get anything done we have to, well…DO. We can’t just sit around BEING all day!

But if the DOING is the meal, let the BEING be the spice.

When we remember to pepper into our days more time for BEING, we find that it doesn’t take away from anything we’re doing, in fact it only makes everything better. 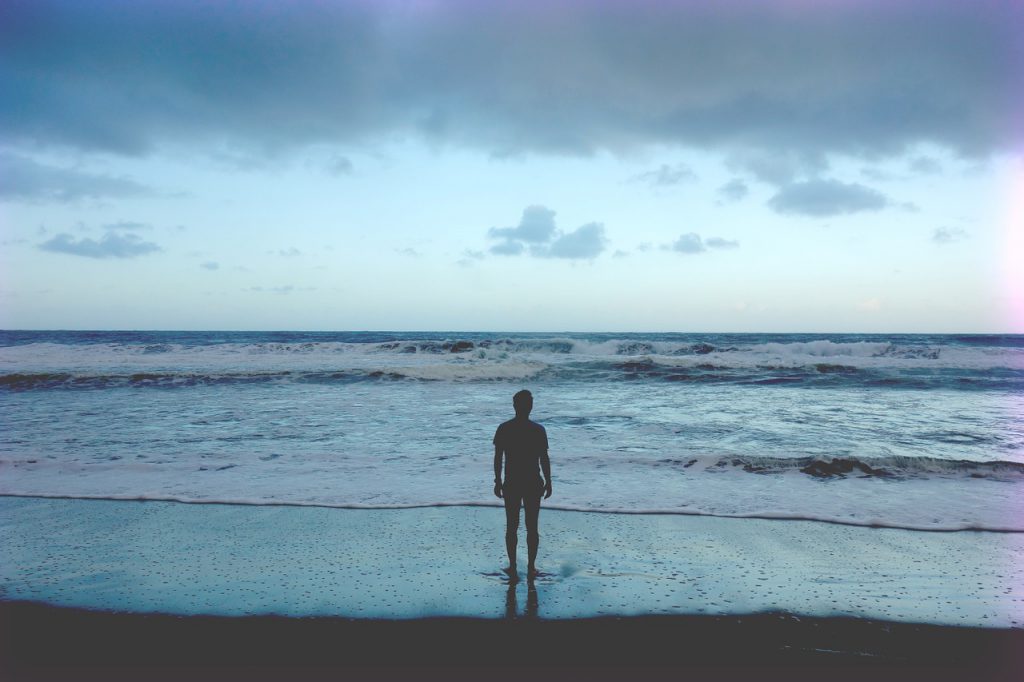 What does it mean to just BE?

1. It means allowing ourselves to move slowly, when moving fast isn’t required of the situation;

2. It means carving out time for quiet – without the phone, without the computer, just you, your brain, and a few moments of healing silence;

3. It’s getting outside and allowing the power of nature to rearrange your brain and rewire your emotions;

4. It’s allowing yourself to follow what you’re passionate about – even if it’s weird, nerdy, or completely “unproductive;”

5. It’s spending quality time with loved ones and remembering what it feels like to deeply connect;

6. It’s taking a hot bath when you have ten things on your to-do list (feeling nourished, suddenly the to-do list doesn’t feel as daunting);

7. It’s meditating or lying on the ground for five minutes when you don’t have five minutes to spare (because you do and you’ll feel better);

8. It’s remembering every single thing you’re grateful for and WRITING IT DOWN even if it seems pointless (when you can’t seem to locate the feeling of joy, you’ll read back through your gratitude lists and suddenly there it is – joy).

Maybe this year can be less about all that we’re busy DOING in the outside world.

Maybe this year can be more about turning inward and discovering who we are. #committobeing #committogrowth

{ 0 comments… add one }
Next Post: This is Your Brain on YOU: Honoring Your Unique Mental Wiring
Previous Post: Winter Solstice! The Return of LIGHT
Schedule a Free Consult